Home Scripture & the State The New Testament: Jesus and the state

Jesus’ relationship with the State was tumultuous, beginning with the attempted murder of the infant Christ by King Herod. It ended with his crucifixion by the Roman procurator Pontius Pilate at the end of Jesus’ public ministry. In between those murderous book-ends, Jesus’ ministry offers many insights into his view of the State.

At the beginning of Jesus’ ministry, He “was led up by the Spirit into the wilderness to be tempted by the devil.”

“[T]he devil took him to a very high mountain, and showed him all the kingdoms of the world and the glory of them; and he said to him, “All these I will give if you will fall down and worship me.” Then Jesus said to him, “Begone, Satan! for it is written, ‘You shall worship the Lord your God and only shall you serve.’” Then the devil left him, and behold, angels came and ministered to him.” Matt. 4

Here Satan offered to give the world’s kingdoms to Jesus. The devil’s audacious proposal presumes that those political kingdoms were his to give. On a plain reading, it would seem that the offer was real—for if it were not—then Jesus was not actually tempted. Clearly, Jesus did not argue the point.

In the Gospel of John, Jesus refers to Satan, predicting that the “ruler of this world will be driven out.” Likewise, St. Paul refers to the devil as the “god of this world.” (2 Cor. 4:4). Jesus’ awareness of the devil’s sway over the world’s kingdoms will color the rest of his ministry.

In Matthew, Chapter 20, the mother of two of Jesus’ disciples, James and John, came with her sons to Jesus. She wanted her sons to be rulers with Jesus, presumably after he had kicked the occupying Romans out the country. She knelt before Jesus and made her request. “What do you want?” he answered.

“Command that these two sons of mine may sit, one at your right hand and one at your left, in your kingdom,”

Jesus explained, “You do not know what you are asking,” and added that her sons would, indeed, suffer Jesus, “but to sit at my right hand and at my left is not mine to grant.” Even though the request was denied, it did not sit well with the other apostles:

And when the ten heard it, they were indignant at the two brothers. But Jesus called them to him and said, “You know that the rulers of the Gentiles lord it over them, and their great men exercise authority over them. It shall not be so among you; but whoever would be great among you must be your servant, and whoever would be first among you must be your slave.” [Matt. 20:24–28.

While Jesus acknowledges that “their great men exercise authority over them,” he says his disciples must behave differently: “It shall not be so among you.” Since the day of Joshua, God’s take on earthly rulers has not changed. He accepts the fact of human government—and elsewhere tells his followers to submit to it—but then he insists: “It shall not be so among you.” So Jesus shows the rift between his kingdom and that of the world.

In the next post, we will examine Jesus’s verdict on taxation, an eye-opening guide to Christians as they deal with the state.

Up Next: “Jesus and taxes” 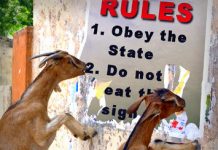 Obey and live peacefully (when you can) 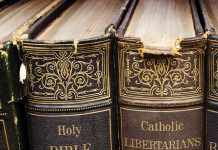 An Old Testament view of government